What's on Tap at The Growler Guys Bend, Oregon – Eastside What has been your favorite thing about the Growler Guys throughout the years?  We love to be able to spread the love and knowledge of the craft brewing process as well as the resulting delicious beer we serve our customers. 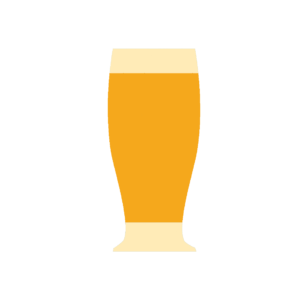 Kayla is back behind the bar tonight! Stop by from 4-9pm to say hi and stock up on all your favorite craft beverages!! 🍻 ... See MoreSee Less

Join us for a fun tasting with Crux Fermenation Project!

🍺Gimme Mo- Consider this a next generation IPA. Its complex aromatic layers, suggest mango, melon, pine and berries, which are driven by whole-leaf Mosaic and Citra hops. Balanced by an acidulated and pilsner malt bill, its silky smooth mouthfeel will leave you asking for “mo!”

🍺Half Hitch-
The Mosaic hop imparts surprisingly floral aromas instead of the more expected grapefruit-y notes. On the palate, complex layers of flavors might remind you of guava, mango, stone fruit and lemon, unraveling your idea of what an Imperial IPA should be. ... See MoreSee Less

Come see us today 4/8 from 4-6pm for an event with GoodLife. Enjoy $1 off any pour of GoodLife beer and battle it out in Kart racing for swag! We can't wait to see you!!🍻 ... See MoreSee Less

Celebrate Thursday Thursday with us and stop by for a Growler, Crowler or pint. Don't forget the free samples to find the perfect beer for you. We can't wait to see you! Cheers! 🍻 ... See MoreSee Less